[Microsoft Excel 2008 for Mac][excel2008] has an irritating bug where only the active document window has scroll bars. If a second document is open, or even if you only have one document but Excel is not the front-most application then the window has no scroll bars and ignores scroll messages from the mouse. This happens in Excel 12.2.0 (and a couple of earlier revisions behave the same). 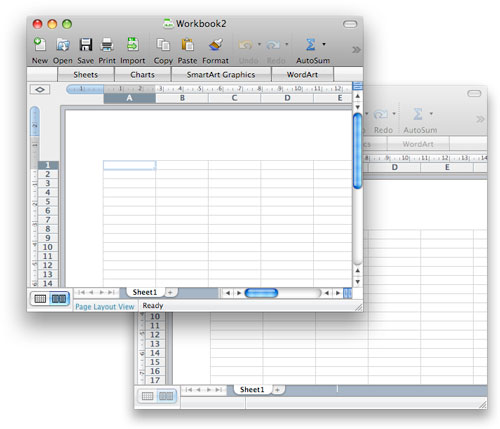 The correct behaviour is for [scroll bars in inactive windows to be drawn in an inactive state][hig] and to allow scrolling even when the window is not front-most.

I rather like Excel. I thought it was the least crashy of the assorted junk Microsoft released as Office 4.2 for Mac back in 1993. Fuck me that was a pile of shit.